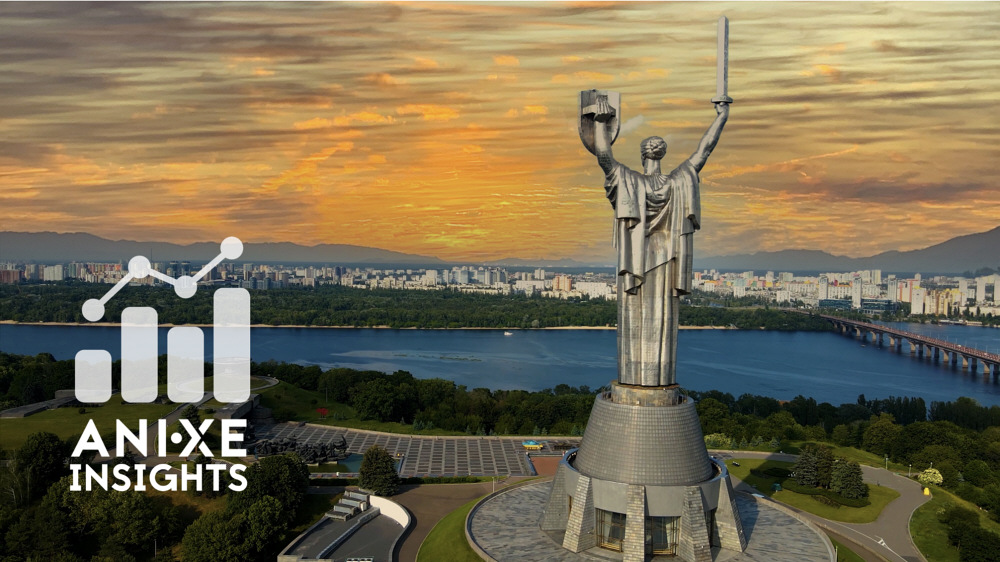 For more than two years, the travel industry has faced a massive crisis caused by the covid pandemic, lockdowns and ever changing travel restrictions. Then came vaccination programs and promises of herd immunity, and we saw bookings grow as people became more resilient, and their confidence grew as they got booster after booster.

In parallel the tourism industry started bouncing back, with hotel groups and tour operators creating attractive offers for the market. Eventually it seemed like bookings were going to reach pre COVID levels, but none of us saw what was looming around the corner. Just as we thought things were going back to normal, global news headlines had a different story to tell.

It came as a shock to everyone. Not that we are all political strategists, but no one saw this coming. Putin changed the rules of the game overnight.

Ukraine was dragged into conflict and has been trying to repel the Russian war machine for over a month now. And in the wake of this conflict, the world has turned into a different place. At the onset of the war bookings took a nosedive, by around 3000 bookings the first week. Not again! We all thought that things would eventually come to a complete halt yet again. But could the travel industry sustain another hard blow?

Oil prices are soaring, global economies are affected by the sanctions on Russia, as many countries rely on both Russia and Ukraine for wheat among other essential commodities. The ripple effect of the Russian Ukrainian conflict is certainly worrying, and it's difficult to predict the extent of it.

Closed Russian skies make communication difficult, refugees are sheltering in hotels, and the war threatens to spill over beyond Ukraine. Poland, Hungary, and the Czech Republic among other European nations are harbouring millions of Ukrainian refugees. The European Union is spending approximately 40 million euros a day on this humanitarian effort.

Nevertheless, bookings have started to rise again in the face of this new crisis. The curve is slowly growing towards pre COVID numbers. But will this continue?

The number of trips booked to Poland, Lithuania, Latvia and Estonia by German tourists has decreased precisely because of the uncertain situation. Apart from a drop in bookings for these specific regions, a rising tide of cancellations has also been reported by operators in Hungary (where about 20% of bookings for March and April were cancelled), Slovakia, Bulgaria, as well as in the Baltic countries of Lithuania, Latvia and Estonia. Analysts point to Americans' almost complete loss of interest in the region, who cancelled visits to Poland, the Czech Republic, and Croatia.

CNN reports on a survey of Americans by MMGY research company that found the war in Ukraine could have up to twice the impact on respondents' travel plans as a coronavirus pandemic. War is Occupying people's minds, gripped by fear and uncertainty. Avoiding the collapse of inbound tourism in Central and Eastern Europe may now depend mainly on how convincing local representatives are to Western clients and Touroperator partners.

There is also a second perspective. If the Russian-Ukrainian war does not end soon, many countries will not receive visitors from Russia. Closed skies for Russian planes and a huge drop in the ruble's value have caused the price of trips for Russian citizens to increase by nearly 80%. This will undoubtedly reflect in a decline in demand. Turkey, Ukraine and Uzbekistan have the most to lose. But in terms of tourism, according to Mabrian Technologies, a travel analytics platform, if Russia's aggression against Ukraine lasts any longer, it will affect the tourism industry in 20 countries. The country with the highest number of scheduled flights and seats from Russia is Turkey. This gives a total of 1.99 million tickets for the next six months. It is followed by Ukraine (1.68 million), Uzbekistan (833 thousand), United Arab Emirates (782 thousand) and Tajikistan (727 thousand). The top ten destinations dependent on Russian travelers also include countries like Germany (553 thousand), Greece (304 thousand), Egypt (283 thousand) and Cyprus (235 thousand).

The destinations with the highest volume of regular traffic include strictly tourist destinations (Turkey, Greece, Egypt). However, there are also some places where passenger traffic results from other (at least predominantly) factors than tourism (Ukraine, Uzbekistan, Tajikistan, Kazakhstan, Kyrgyzstan). It is also worth remembering that regular connections are only the tip of the iceberg on some routes, which are formed by charter connections at the request of Tour operators.

However, from a macro perspective, the travel industry is not in danger of collapse. Rather, we face changing holiday preferences and rising prices related to the growing post-pandemic inflation compounded by economic sanctions imposed on Russia and broken raw material supply chains. The intensity of these effects should be evident in the coming months....

And what have the dynamics looked like over the last two months and compared to the pre-war pandemic period?

March 2022 followed a busy February with global markets trading at 90% of February 2019 volume - well before the war. March further improved this value by 5.5%, proving at the same time that covid has started to become survivable and is no longer a threat to travel. Moreover, in Germany, the value of generated bookings even slightly exceeded 100%. Certainly, if it were not for the situation in Ukraine, this figure could have been even higher, but it still seems to be at a sufficiently satisfying level - compared to what we knew before the new pandemic.

In January 2022, Germans targeted Spain, Turkey, the U.S. and local destinations. Turkey, in particular, although its share decreased slightly compared to February 2022, still remained demanded at almost double the corresponding period before the war. On the other hand, despite being one of the more popular destinations, the U.S. has seen its share of demand decline slightly and also remains 30% lower than before the war.

The same is true for popular destinations such as Austria, GB and Canada, which were popular before the pandemic. Recently, demand for them has declined...by nearly 50% for the latter two.

In March 2022 - as in previous periods - German travelers were most likely to book hotel rooms in the Spanish Palma Mallorca, Turkish Antalya and Egyptian Hurghada. In particular, Spain and recently Paris have enjoyed a large increase in interest. On the other hand, a significant decline was recorded in the Turkish regions: Antalya and Istanbul, which may be related to the situation in Ukraine.

The list lacked top-rated destinations in March 2019 – London, Frankfurt and New York. Their share in 2022 - despite its still high position - fell by an average of 45%.

The most popular destination city in March 2022 was Hurghada. Rome and Istanbul, although also popular, saw slightly decreased traffic recently in favor of cities such as Berlin and Paris.

Compared to the situation before the pandemic, i.e. March 2019 - the most significant increase in holiday popularity was especially seen in the aforementioned Hurghada and Istanbul. On the other hand, the most significant decrease in the share of the 10 top-rated destinations in Resfinity Booking Engine was in New York, Vienna and… Berlin. It looks like spending the winter at the seaside is becoming increasingly trendy....

Traditionally, German travelers prefer to take trips that last about a week. Situational instability resulting from the war and escalating tensions in eastern Europe are prompting travelers to travel shorter but more frequently.

Compared to 2019, we are additionally seeing a sharp decline in trips lasting 1-3 days, which is mainly related to a reduction in business travel in favor of remote work. Due to the covid pandemic, people have learned to work remotely at no loss of quality. All indications are that this shift in business trend is here to stay.

In March 2022 - just like three years ago - interest in early booking offers (over 60 days) is dominant, relegating bookings made 0-4 weeks in advance. However, recently, the share of Last minute bookings has also spiked. Undoubtedly, this is the effect of uncertain times. People are unsure that their favorite destinations will be safe three months from now.

The trend showing the profile and size of the statistical traveler group is also confirmed. The current indications coincide with the established trend of previous periods. Dominating are groups of 2 people and singles. Surprisingly, the share of single bookings in March 2022 was 10% higher than in February 2022 but still 18% lower than in March 2019. The end of the 5th wave of the coronavirus pandemic and the lifted restrictions certainly played a significant role in this.

ANIXE's Resfinity travel industry data shows that the increase in business travel (single trips) is matched by the rise in the popularity of rooms with breakfast only. It also reflects the situation in the same period before the pandemic, where the popularity of rooms in the HB (Half Board) and AI (All-Inclusive) was significantly lower than it is now - accordingly by 40% and 67%.

As far as prices are concerned, post pandemic price drops in December 2021 and January 2022 are no longer prevalent, as hotel prices have started to increase - both on a monthly and three-year basis. On the one hand, this is the effect of the hotel sector's desire to make up for losses as prices respond to changes in demand. Additionally, the growing level of inflation, which is weighing on both European and global economies, can significantly impact price differences in a three-year perspective. It all adds up to a picture of rising prices in the market, which can do little to dampen the overwhelming demand for package holidays.

Spring has ushered in a long-awaited resurgence in the tourism market. The scale of bookings is approaching long-awaited pre-pandemic levels. Unfortunately, with one scourge defeated, another threat to the industry looms on the horizon. The bloody conflict in Ukraine and the various sanctions and restrictions imposed on Russia have a strong impact on markets linked to the economies of the warring countries. Inflation is rising at an alarming rate, prompting more and more people to hold on to their wallets.

Will this unrest start to affect countries outside of Europe as well? How long will Russia's aggression against Ukraine last? Will inflation be brought under control? What destinations will lead the summer of 2022? To find out follow your reliable trends and market statistics source.. ANIXE Insights